I have recently told you that my team in Gabon is great. Well, I have to take a some time to tell you how we have a great aviation community in this region of the world. To the south, the closest mission aviation program is MAF-Kinshasa (whom I visited in October 2009), and our neighbor to the north is SIL- Yaounde (Cameroon)- whom I've been able to visit multiple times. They've been very supportive; giving a lot of encouragement and answering many of my questions.

I have been cheering on SIL's advances toward an addition to their fleet- a Cessna 207 with the turbo-prop SOLOY conversion- an airplane type that we are considering in the future. Here is the exciting announcement about this as reported by "Aero-News.Net":

Soloy Aviation Solutions has delivered its 85th Cessna 206/207 Mark I turbine conversion to JAARS, the non-profit organization that provides technical support services such as aviation, information technology, and local language media to advance Bible translation and language community development worldwide. The newly converted Cessna 207 will be deployed in Cameroon, a coastal country in central west Africa. 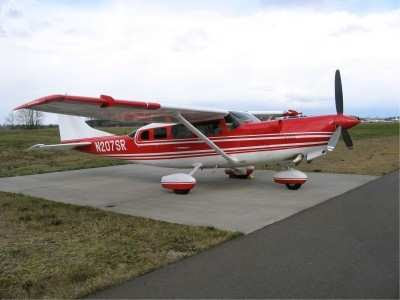 The aircraft was originally a 1980 Cessna 207 that JAARS purchased. Once purchased, JAARS (originally called Jungle Aviation and Radio Service but now known simply as JAARS) completely refurbished the aircraft, outfitting it specifically for its demanding missions throughout remote Cameroon. 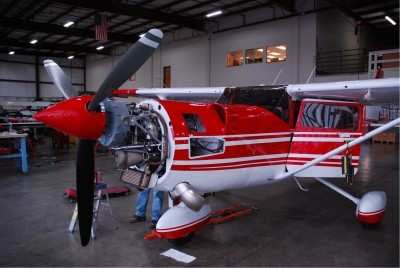 Chuck Daly, VP Global Transportation Services for JAARS realized the cost advantage of the Soloy conversion. "We operate several PT-6 powered aircraft throughout the world. These are typically larger aircraft that can seat up to 10 people. The majority of our missions are

better suited for up to six passengers. Most of our missions simply don't need the extra size (and the associated cost) of these larger airframes and their greater fuel burn. Plus, these heavier PT6 powered aircraft are increasingly subject to very expensive landing fees. The Cessna 207 is the ideal sized airframe for our needs." he said. "In addition to the size advantage of the Soloy Mark I, the availability of Avgas is becoming increasingly expensive and difficult to get in many parts of the world. The very efficient Rolls Royce 250 lets us take advantage of the greater supply of Jet A fuel. For these reasons, the Soloy conversion was the clear decision."

Daly says JAARS has been researching and studying the Soloy conversion for close to 10 years. Initial impressions of the Soloy product and its flight characteristics are quite favorable…so favorable, JAARS is considering two additional Soloy 206 or 207 turbine conversion

packages. "Soloy's engineering and product support have been excellent and we've found the people at Soloy to be very easy to work with."

For Soloy, the JAARS aircraft marks the 85th Mark I conversion put into service since 1985. Of the 85 delivered Mark I aircraft 64 have been converted on the Cessna 206 airframe and 21 for the 207. Dave Stauffer, Soloy's CEO is pleased JAARS took the time they did to study the Mark I conversion. "JAARS performs wonderful humanitarian and missionary work around the world. Everyone at Soloy is proud to deliver this important aircraft. The Rolls Royce powered Mark I conversion is the ideal platform for reliably operating in remote and demanding areas. Dollar for dollar it gets the job done better and more efficiently than any other piston or turbo prop option on today's market new or used," he said. 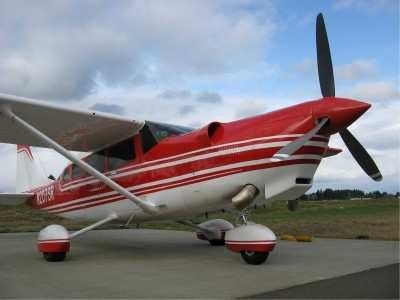 Soloy has developed a second generation turbine conversion for the Cessna 206H airframe utilizing the Rolls Royce 250 B17F engine. It is designated the Soloy Mark II. Currently there have been seven Mark II's produced.

JAARS will be hosting an open house May 7 at JAARS Townsend Airport (N52) in Waxhaw, North Carolina. The Soloy Mark I 207 will be on display.