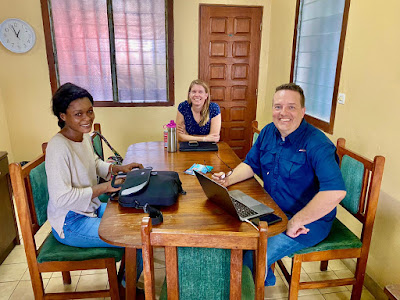 This month marks the start of the "ALPHA" mentorship group!  Henricka, a young Gabonese woman (some of you know her story) is now being mentored by Cornelia, an American who is in Libreville due to her work assignment.  Cornelia is studying to become a pilot and has already soloed, however, Gabon lacks the flight instruction she needs to continue at this time (see my recent post about the need of a Certified Flight Instructor intern!).

They are using an online teaching tool developed by a former mission pilot in Kenya, Barry King, who is now investing in the lives of new aviators online and at Blue Ridge Community College.  He already has two young adults from Africa in a higher, on-line certificate-level program- one which Henricka may qualify for down the road.

Our family first met Henricka about a decade ago on our visits to the Hope House- a home for at-risk children in the capital city of Libreville.  She made it clear that she'll be the next pilot for our program!
Thanks for supporting our work!  We are busy translating more courses into French and can't wait to share with you where this goes from here, by God's grace. 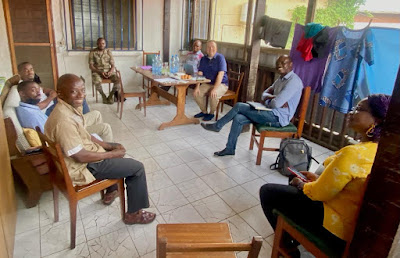 On May 1st, ten fellow believers met in the capital city of Libreville to share their hearts on how we can join God's plan for individuals and communities to flourish, first spiritually, and then in practical ways.
Topics discussed: Agriculture, Conservation, Environmental, and Health... all supported by
aviation.  One idea now on the table is a quarterly, mobile equipping event, alternating provinces (9 in Gabon) that touches on all the above topics.

Also, the group is ready to re-launch the aviation club, called "Aviation Générale du Gabon"!  You can find the group on facebook and read some of my past blogs, like THIS ONE.
Next meeting in about 6 weeks!!!
SUPPORT OUR WORK
Posted by Steve at 3:07 PM No comments:

JOB OPENING: Not Your Average Intern! 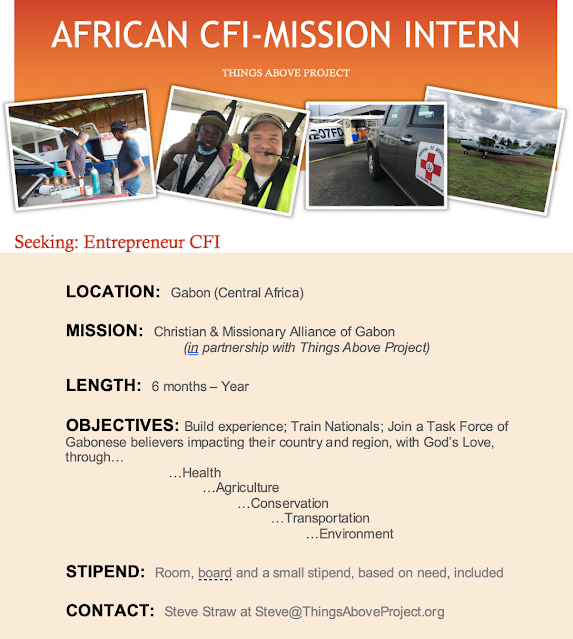 HELP SUPPORT THIS INTERN
Posted by Steve at 8:00 PM No comments:

Ok, enough aviation talk... Here's a small update from the family side of life.  It has been said, "the last shall be first"... so, starting off with our youngest, Sam...

After almost a year after his graduation from San Diego State U, and many delays, Sam is finally starting his English-teaching job in Taiwan!  After quarantine, he met up with a friend who he met on his semester abroad in Korea (Hayato- in photo), and they rented an apartment together! 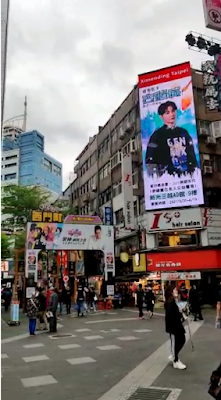 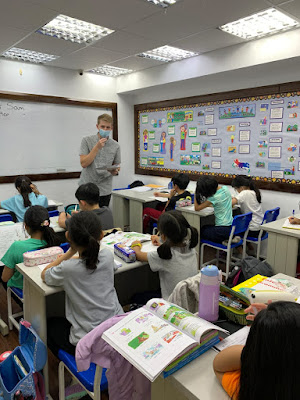 He is discovering his new home, in Taipei, and already has a new faith community he is connecting with. 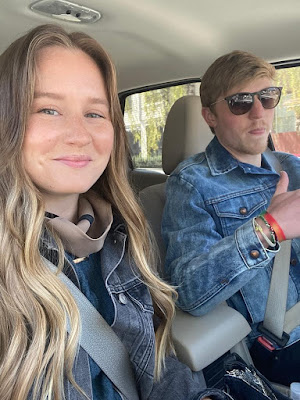 Megan and John continue to love life in Chicago!  They just celebrated their 2nd Anniversary!  John works from home for a marketing company and Megan still does some nanny work, but her other job (master barista!) still has her on furlough, but she still gets her benefits!  That means, health insurance and an on-line university scholarship program with Arizona State!  She'll be finishing up her degree in social work in about a year!!!

Megan and John are both small group leaders in their local faith community and are also parents to an adorable and feisty kitty, Xavi.

...On to the blessed first-born, Joe! 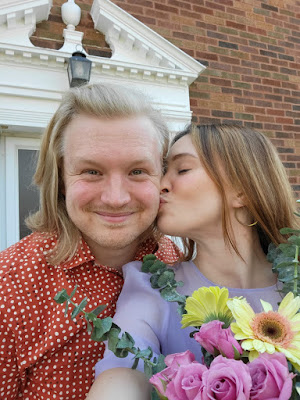 Joe and Laura are still chillin' in Chicago, also... just about a 5 minute walk from Megan and John's place, now that they moved to a new 3rd-floor apartment a few blocks over.  They both work full time with Moody Bible Institute, from home. 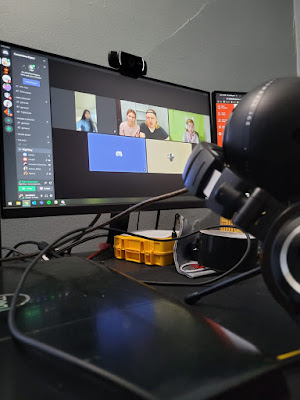 Joe and Laura are also on volunteer staff at their church, working with Youth and Worship in music.  Their church has done such a great job of navigating things during the pandemic- using online tools to connect.  I highly recommend you check out their youtube page: click here.

Alace's favorite and largest role, here in the equatorial rain forest, is to be a great friend and, officially, a "member care coach/provider".  It comes very natural to her!  She's done years of learning, being a practitioner, on-line courses, and more.

So, there you have it, a small update from the family side of life! 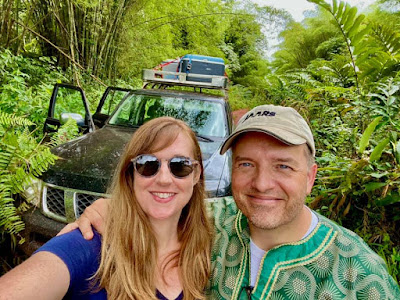 As always, we thank you for your prayers and support!
We rely upon your teamwork to express God's Love.
Please consider supporting us with a donation through the C&MA:
CLICK HERE
Posted by Steve at 11:39 AM 3 comments: 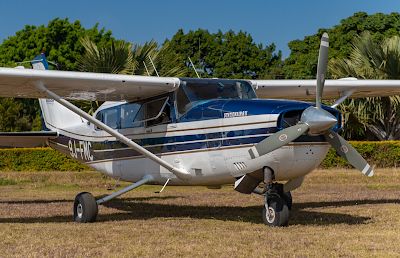 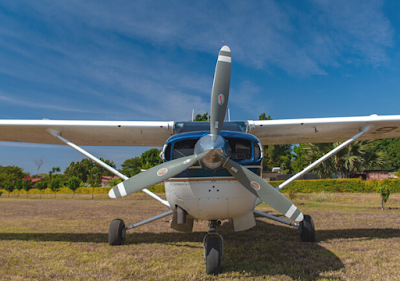 Bravo-Hotel has spent almost all it's life flying in Africa in support of mission work. Aviation resources in the country were such that the mission no longer needed the aircraft and made us a VERY sweet deal on the purchase.

8 Seats and relatively new interior.  The wings are about a foot and a half longer due to the additional tip-fuel tanks.  It's going to be a tight fit in the Bongolo hangar!

To provide an owner for our aircraft, a couple years back, we created the non-profit, "Things Above Project" (TAP).  It is incredible that the TAP board felt led to actually purchase this aircraft, sensing the need, prior to finding out that we would have to retire Foxtrot-Delta!

It has an intercom system for the passengers- an upgrade!

We'll be moving over some avionics and other items from our last aircraft. 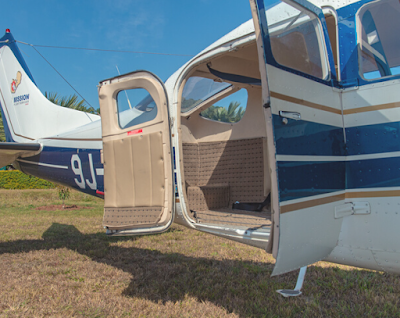 As with all Cessna 207's, we've got the large double side doors. A mini-van with wings! We can have all 8 seats or take out seats and have space for two stretchers, side by side. 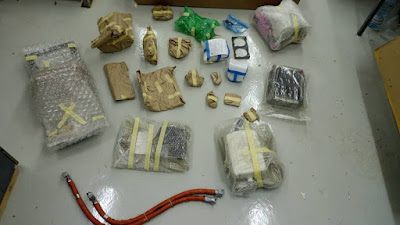 Here are some of the items we're taking off from "Foxtrot Delta" and putting on "Bravo Hotel"- avionics, an oil cooler modification, a replacement HF radio, and more.  A big thanks to the team of JAARS trained pilot/mechanics in Yaounde, Cameroon for assisting.  These will be sent to Nairobi, Kenya, where other colleagues are standing by for their arrival and the aircraft to begin the work.  Please pray for the many, many details to come together. 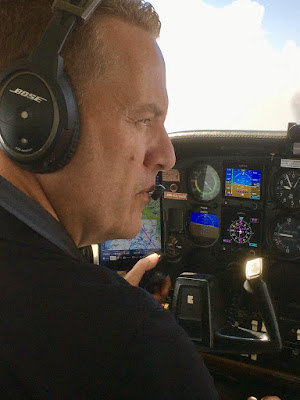 Again, we can't do this without a FULL CREW of supporters!
Please consider praying and investing.
Make a tax-deductible donation through the C&MA:
CLICK HERE TO GIVE
Posted by Steve at 11:31 AM No comments: 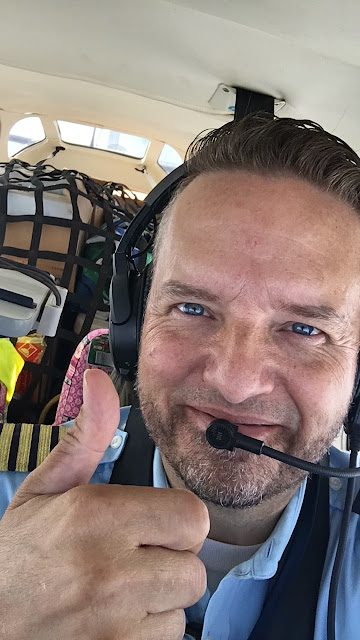 I'm afraid to say that, yes, it is time for retirement...

Retirement for an airplane, that is, not me!  (I can't believe you would think such a thing!) 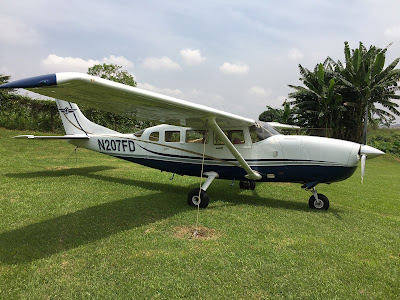 This aircraft served much of its life in Alaska doing air taxi operations for Smythe Air, then was refurbished and literally flew across the Atlantic Ocean in 2009, to start serving the church in Gabon.  You're looking at one of only 4 aircraft to ever land at Bongolo Hospital's airport and one of only 2 aircraft to ever land at Bongolo's rest house called "Panga", by the ocean.  Below is one of the most beautiful shots from that landing...
So, I'm grieving the retirement of this special airplane.  There are so many stories of how this particular aircraft was selected for our first aircraft as well as how God provided many, many people to invest in finishing the refurbishment (with many great upgrades and modifications). 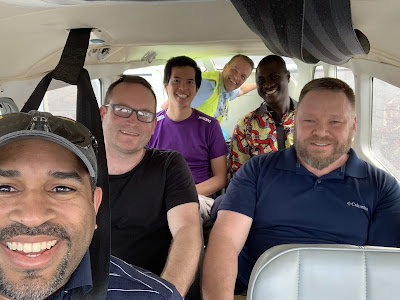 People, some sick, some healthy... some sitting, some on a stretcher... medications in boxes and coolers... medical materials and machines... Over the years, we've packed a lot of people and stuff into this aircraft and expedited them to their destinations, all in an effort of God's people to demonstrate HIS great love for them.  I've been honored to be at the controls for the time that we did, and to tell the story of God's children, all over the world, obediently working together to bless each passenger. 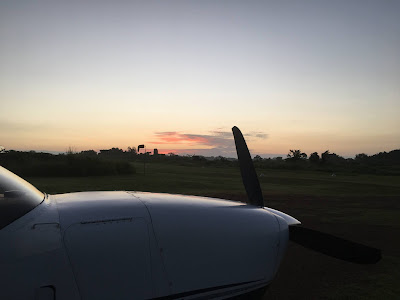 Why Retirement?  During a recent inspection, corrosion was discovered in new areas, below the paint- the nasty type called "exfoliation".  The structure was significantly affected such that this, and the other items needing attention, rose to a level making repair impractical- the time and effort, especially in remote Africa, would result in a "bandaid" and take an excessive amount of labor-hours.  I'm indebted to the team at SIL-Cameroon Aviation (many JAARS-trained pro's) for their teamwork in making this difficult decision. 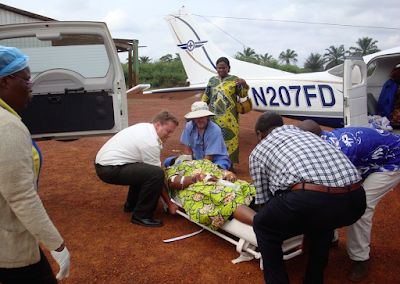 Thank you for being part of the "heavy lifting" in our work.

As we retire "Seven-Foxtrot-Delta", I'll be introducing you to its replacement, "Seven-Bravo-Hotel"... our next aircraft!  (this is my teaser to stay tuned) We'll be transplanting many of the upgrades over to the new machine.  Soon, by God's grace, we'll be retrieving that aircraft from the other side of Africa and getting it into service.

Please consider helping us to continue this critical work!

Make a Tax-Deductible donation through the C&MA: 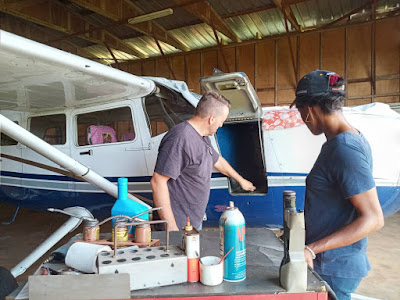 Our 20 year old aircraft hangar at the Bongolo airstrip is in need of some major TLC.

With your teamwork, this year, we hope to find the resources for the following:

1. Replace all the rotted and insect-eaten wood planks

3. Expand the roof to cover the adjacent shipping container

4. Extend the cement floor under the new covered area

If you prefer to give by check through the mail, please make your check out to "C&MA" and write "GABON AIRPLANE" in the memo, and send to: 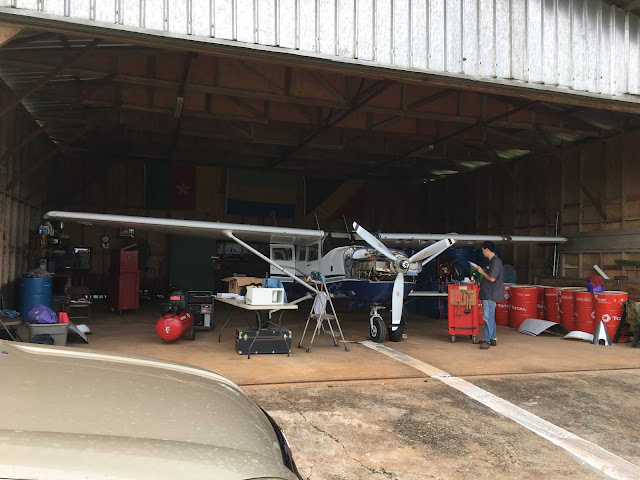 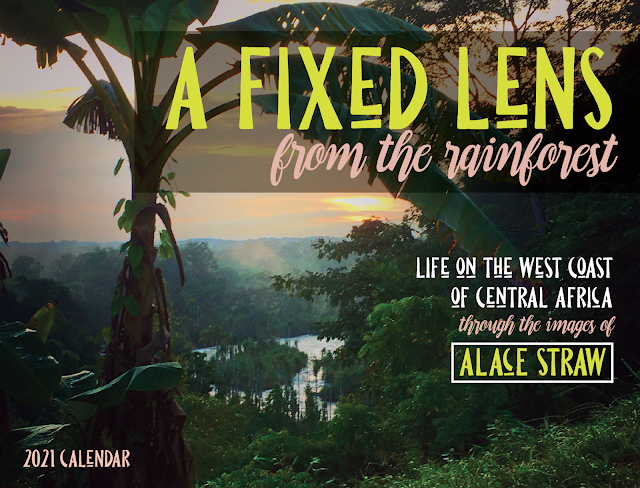 We have collected some of Alace's wonderful photography as part of a 2021 calendar.  We welcome you to consider a donation (you choose the amount) to our airplane account and then email us for a download link of the file.
Step 1:  Make a Donation.     DONATE HERE
Step 2:  Email Request.    REQUEST FILE HERE
Step 3:  Download & Print Calendar
You are free to take the file on a thumb drive to a place like Office Max or Office Depot and ask for them to print out a full size calendar.  Alternatively, you are also free to print it out on your own printer.  This is our first year to try a calendar- thank you for your interest and joining us in this important work!
Posted by Steve at 5:00 AM No comments: