I'll have more to write about this later, but for now… I have to share these photos with you and simply say that… you have to look far and wide in this world to find free aviation fuel (100 low lead).  In fact, I would love to hear from anyone who has found free aviation fuel.

After trying to raise $37,000 to get a 20 foot shipping container from the US to Africa, someone else had a better idea… FREE FUEL!

Enjoy these photos of 80 barrels of 100LL being delivered to Bongolo Hospital's depot in Libreville- 30 of the drums are purchased for us from the Gabonese minister of health for this year.  The other 50 are ours to keep until we need them.  The Bongolo Hospital's administrative director says that he has complete confidence that the minister of health will include the purchase of the other 50 drums for 2014! 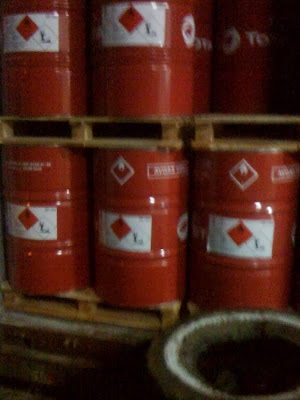 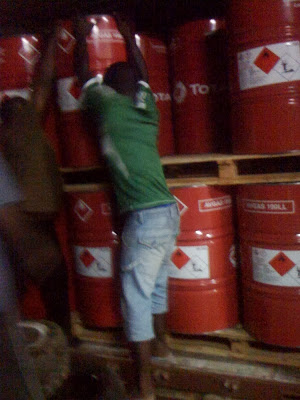 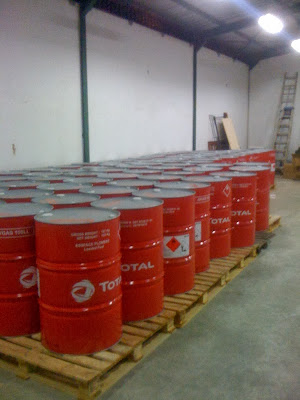 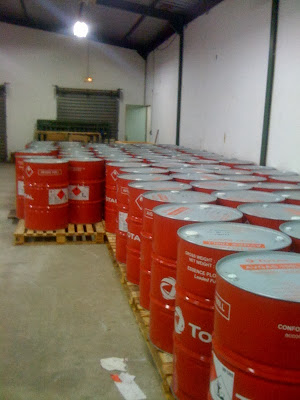 WHAT AN AMAZING SIGHT!!!
Praise God for this provision!

FUELING PROGRESS Impact-  We still are tracking the fueling progress contributions from the past year or so.  15 of those barrels have been sent out (June 16, 2013) from the US and more will follow until that program's fuel is complete.  Those contributions kept us operational for the past 3 months!  Those that invested in the FP effort gave us the life we needed so that the above pictures were possible!  The minister of health's contribution comes as a response to a flight program that they see as active and effective.