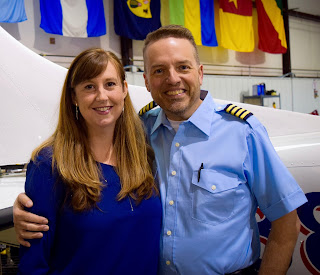 Steve and Alace Straw have been official workers with the Christian & Missionary Alliance for over 25 years.  Steve is a 9000+ hour commercial pilot and Alace's expertise is in the area of member care.  This summer, after some fund-raising and some language skills brush up, they'll be back to operational work, living at the Bongolo Hospital, in Gabon (Central Africa).

Additionally, Alace serves on the ICC (Inter-Cultural Course) staff at JAARS.  The Straw's have been focused on international ministry full-time since 2007 when they started an aviation service in central Africa.  Prior to that, they were in local church ministry in the US for almost 15 years.  Their prayer is to equip Jesus-followers to thrive in cross-cultural ministry, taking the Gospel to the remote people of the world.

Steve and Alace have three children- all graduates of Rain Forest International School in Cameroon.  Sam, their youngest, is in college in San Diego.  Megan, their middle child, just got married and she, and her husband, John, live and work in Chicago.  Joe, their oldest, is a Moody Bible Institute (Chicago) grad and he, and his wife, Laura, also live and work in Chicago. 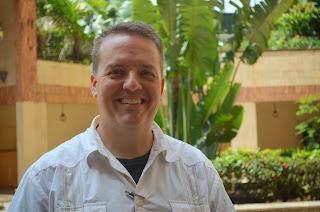 (Some or all of the following will be appearing online and inside the back cover of "Flight International"- a monthly aviation periodical. If I can find it online, I'll add the link.)

FG:  When did you decide to work in Aviation?


SS:  The aviation "bug" bit me as a teenager during a flight in a '48 Taylorcraft taildragger, piloted by my older brother.  Early, on a clear, crisp fall morning in Pennsylvania, before I had to be at school, we lifted off a grass strip and toured the skies above Happy Valley (State College).  I was hooked!  It was like the world below had come to a complete standstill to make way for this surreal experience.

FG: Where were you trained and educated?  What degrees or ratings do you hold?
SS: I have a B.S. in Aviation Technology from LeTourneau University (Longview, TX).  There, I received my Airframe and Powerplant maintenance certificate, as well as my flight training as a Commercial, Instrument single engine and flight instructor ratings.  Later, I completed multi-engine training.

FG: What was your first aviation job? What jobs did you have after that?
SS: I was free-lancing as a flight instructor after college.  Then, there was a job opening with one of the companies whose airplanes I used to wash.  I could hardly believe that I was a bonafide, salaried pilot of a Cessna 172, patrolling pipelines and power lines from Texas to Ohio on a weekly route.  I enjoyed pipeline flying for many years, building over 8,000 hours, covering routes from Wichita Falls all the way to Bangor, Maine.

FG: What is your job title now and what are you duties?
SS: For the last 5 years, I have been a bush pilot in central Africa for Air Calvary, starting an aviation service for a remote jungle hospital with a hard-working Cessna 207.  I've been the only staff, so on any given day I do anything from fly the airplane to reservations to maintenance with a whole lot in between.   Another pilot-mechanic arrived, so now I'm "program manager", concentrating on future growth.  I've also worked with the few other general aviation supporters to form "Aviation Générale du Gabon".

FG:  Where is your base of operations?
SS:  Air Calvary is a non-profit with an office in Crowne Point, Indiana.  The program in Gabon is the only full-time work that Air Calvary sponsors.  The one-aircraft hangar that is our base is at the Bongolo Hospital's airstrip in the village of Lebamba, Gabon.  We've kept the 2400 foot strip certified as a public airport- one of only 12 in the country the size of Colorado.

FG:  How is your work funded?
SS:  Air Calvary is supported by generous donations of private individuals and organizations, mainly from the US.  We exist to serve critical transportation needs to underserved people as an expression of God's love.  We fly in mainly in Gabon, but have also flown in Cameroon and are investigating expansion into Republic of Congo (Congo-Brazzaville).

My name is Steve Straw. My family and I moved to Gabon in August '08, laying the groundwork and starting up an air service for the Bongolo Hospital (C&MA) in the south of the country. We have a good relationship with the government and we keep the hospitals airstrip certified, year after year, open for public use.

From 2006 to 2008, we contemplated an aircraft for the mission and decided on a Cessna 207.  After friends, family, and consultants looked at over 10 aircraft, our friend, Frank G., found our aircraft in OK- in the process of refurbishment. 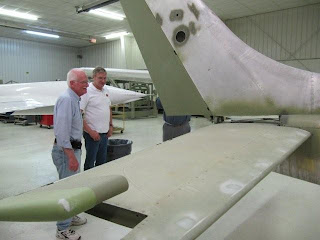 Here's Frank checking out the C207 in OK.

A little background- I am a pilot/mechanic (LeTourneau Univ. '93) and an ordained pastor (C&MA). I have about 9,000 hours of flying (mostly pipeline inspection in the US) and have been picking up some fill-in flying, here in Gabon, with an agricultural company (Beechcraft Baron). In the summ 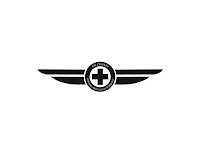 er of '07, I passed the mechanic and pilot technical evaluation with MAF (Missionary Aviation Fellowship) in Nampa, ID prior to a year of language school in France (Albertville). We are the only full-time missionaries with a non-profit from New York called Air Calvary. We are members of MSI (Missions Safety International) and IAMA (International Association of Missionary Aviation) and are part of the regional accountability program with MSI.

Our home church, that cares for us so well, is York Alliance Church (York, PA) and we receive great support from all over. Churches, social groups, individuals, foundations, and more have supported this effort- mainly from the US.


By the way, our aircraft, freshly refurbished, showed up in Gabon, after over 40 hours of being "ferry flighted" in December of 2009 (see picture).

As you can imagine, the learning curve has been very very high for us and we are taking all the advice and input that we can. From 2008 to 2013, it was a one man show, with more personnel planned to arrive once the program took on wings.  In 2013, we were blessed to get a veteran pilot/mechanic, Rob P., on loan from JAARS/SIL (read more).


Heavier aircraft maintenance has been accomplished in Yaoundé, Cameroon, a 2 hour flight from our Libreville base, with another missions organization there.

Our family loves life in Gabon. With the beach only a 5 minute drive away, we always have a cheap way to go have fun and relax. In 2008, when we moved to Gabon, Joey was 14, Megan 12, and Samuel 10.  As of fall of 2013, Joe is now a Freshman at college in Chicago, Megan is a high school senior, and Sam's a sophomore!  Time flies!

At the start, we homeschooled the kids using "Switched on Schoolhouse" along with other missionary kids.  Two years after, in fall of 2010, Meg and Joe headed to boarding school at Rain Forest Int'l school and Sam followed the year after.

Upon arrival in Gabon, Alace, my wife, started to learn and take over as the director of a 5-room guest house (http://lbvguesthouse.blogspot.com/), so we got to meet great people who usually doing humanitarian work in the name of Jesus.  As of July 2013, we celebrated 20 wonderful, adventurous years together. 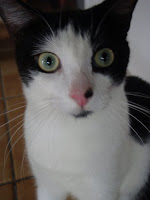 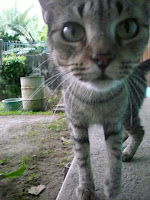 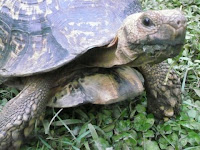 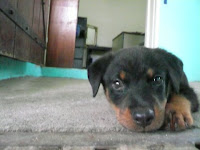 At our home, you can expect to find our 4 pets- Fougamou (cat), Dixie (cat), Cheetah (turtle), and Tozer (puppy). I wish I could say that they all live in harmony... maybe someday.

In August of 2013, with the addition of another teammate (pilot/mechanic Rob), I was able to transition to focusing on the role of "Program Manager" and take a breather from the day-in-day-out op's that was heavy lifting for the previous 5 years.  Additionally, we were able to respond to a need for dorm parents at my children's school in Cameroon.

In addition to dorm "dad", I am undertaking a research project (topic: mission aviation and local training) as well as spending time at our partner's hangar- SIL Cameroon, to further develop a partnership there.

We appreciate your prayers and encouragement! You are part of the team! We truly can't be here without our supporters who contribute every last dime for this effort. We have been "off the grid" and living on other peoples' generosity since July of 2007. We are so very grateful.

Would you please consider joining our support team?  CLICK HERE to donate!

A very big "MERCI BEAUCOUP" from all of us to all of you.
Posted by Steve at 2:45 PM