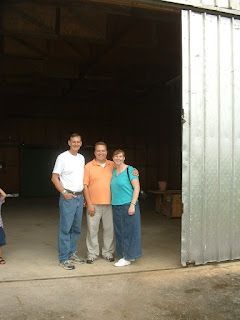 In December of 2005, when Alace and I visited Bongolo for the first time, we toured the airport near the hospital.  It was a 5-year-old grass/gravel/dirt runway with a 4 year old hangar that had all been prepared, in faith, that an aviation program would one day be based there.

It was impressive to think of the faith that the Bongolo Hospital team had at that time, led by Dr. David Thompson.  He was our tour guide that day and told us that, actually, the team had put out calls for aviation support since the mid-1980's!  Talk about perseverance!!!

Today, thanks to the many that have supported this work and those on the front line, the hangar still stands, better than ever!  In the summer of 2013, with the arrival of our second pilot/mechanic (Rob Peterson), we decided to move the program to be based in Bongolo.

We had worked hard, since 2007, to get the program up and running- based out of the capital city of Libreville, where there was no hangar for our hard-working Cessna 207.  It was important that we had this time, as I spent much time in and out of the offices of the Ministry of Transport, Ministry of Health, Civil Aviation, and praying with the national church leaders of the C&MA.

In the summer of 2013, with Rob lending a hand, we replaced the hangar door support structure with a new span of wood, cut at a local lumber yard.  This was no simple task!

Other updates and organization have happened under Rob's excellent care- the latest of which is a new home for our fuel drums in a shipping container we purchased and set beside the hangar.  Enjoy the photos: 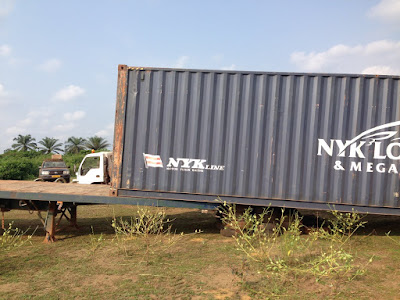 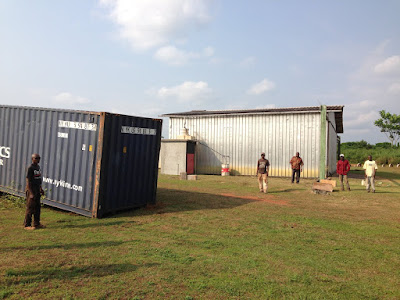 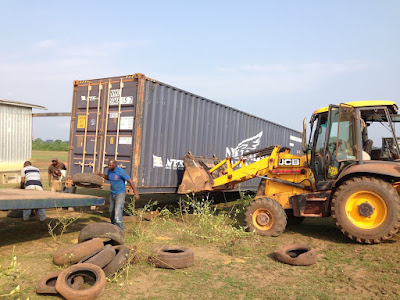 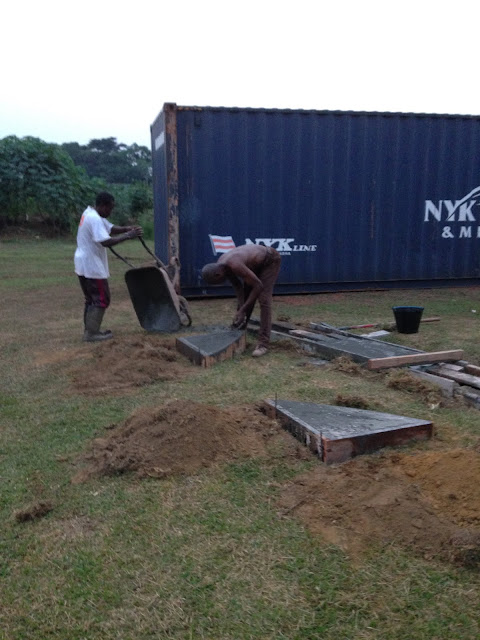