Our aircraft operates to display God's great love to people of Central Africa.  Sometimes this happens in dramatic ways, as you'll read in this story provided to us from Bintou Peterson- Bongolo Hospital doctor and spouse of our Chief Pilot, Rob.


On January 26, 2014, deep in the rain forest of southern Gabon, Africa, a young high school student, Josias, was preparing to leave for school. Josias’s father had bought a motorcycle to be used as a village taxi for his son to make much needed income.  That morning however, Josias was using his motorcycle to pick up his friend, Yann and head to high school. As the boys confidently rode off on the bike, they smiled and waved goodbye to Yann’s mom, unaware that their lives would be irrevocably changed in the next few minutes.

They were not far away from their house when a car driving in the opposite direction collided hard with them, ...          READ MORE

...throwing them from the bike. The noise of the collision was so loud that people living in the area ran from their houses to see what happened. None were prepared when they came upon the scene of a mangled motorbike and two boys bleeding profusely. Yann’s mom was called and she burst into tears when she saw her child. Just a few minutes before she had said goodbye to a son who was vibrantly alive. Now it seemed he might not live!

Everyone was in a state of shock and confusion. They knew about the Bongolo hospital, but it was far away. A family relative who owns a bush taxi was called and he took the critically injured boys to the Bongolo Hospital. The family followed on foot.

When the boys arrived, the medical staff recognized they had a very serious medical emergency that was beyond their normal means and ability to treat. The boys were hooked up to IV lines, put on oxygen and the resident surgeons were called in. It was not looking good. The “Glasgow Indicator” for evaluating the extent of the brain injury was extremely low. The head injuries would require an orthopedic surgeon and an anesthesiologist specialist. Neither were on staff that day.  It seemed inevitable that the boys would die.

The medical team was facing the agonizing task of telling the waiting parents the devastating news. Just then, in the midst of this crisis, a noise was heard! Soon the noise was recognized. 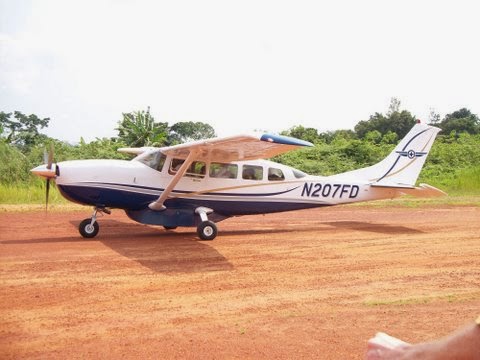 It was the Air Calvary airplane, with chief pilot Rob Peterson. On board were three American doctors. Yes, you guessed it! They possessed the exact specialty skills needed to care for Josias and Yann!  Two of them were orthopedic doctors and the third an anesthesiologist!

Hope was renewed! This surely was more than a coincidence! This was God at work before their very eyes! The visit of these doctors was focused on a 2-week training program, however the timing of their arrival and their specific surgical specialties was nothing less than a miracle for Josias and Yann! 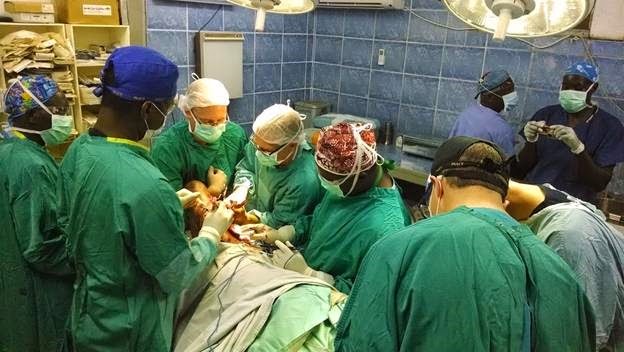 Doctors Mike and Dave Welker with Dr. Jeff Lane got to work and two days later the boys awoke from their unconsciousness and responded to doctors and family! In the days that followed there were other critical moments, but God continued to provide in miraculous ways to preserve the life of these two young men! For a SECOND TIME, the airplane was used to transport life saving medication from Libreville, the capital of Gabon.

Two months after Yann’s life threatening accident, he decided to give his life to Jesus! Shortly after that, Yann was able to stand with the help of crutches in front of his Bongolo church and testify to God’s grace, not only in sparing his life, but bringing him to Salvation! He, along with many others, witnessed God’s miraculous intervention! 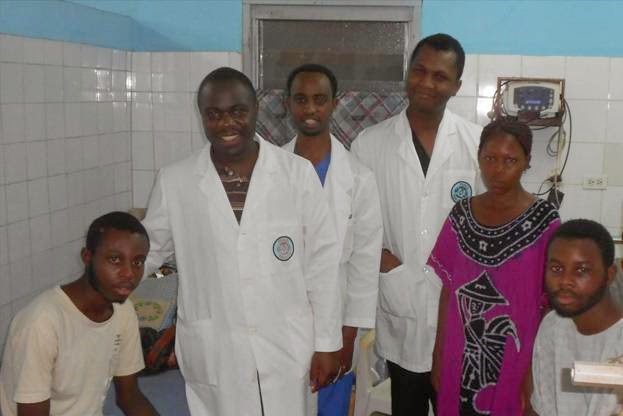 Stories like this, told to me by Bongolo’s Dr. Bintou (Rob’s wife), are ones that encourage us every day. Our aviation ministry relies on you. Thank you for your prayers and support as we continue to serve the rural poor in Central Africa.

(PS. This story was shared in a recent update mailed to Air Calvary supporters.  If you wish to receive such updates in your mail box, send your request to info@aircalvary.com)