More on this later...

... This is one of those "zen" stories. I think we can give credit to Eugene Morgan. I don't endorse him or Buddhism, I only post this because I plan on referring to it at another time, in another blog... perhaps... Leave your comments if you'd like. It's a familiar story for most, I think.

There once lived a farmer. He lived on a farm with his wife, his son and one horse that the family had raised from a colt. The family planned to enter the horse in the annual country fair and hoped it would win prizes that could lead to breeding opportunities. This would ensure a nice future income for the farmer and his family. 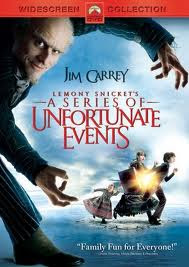 The night before the fair, a violent storm swept over the countryside. When the farmer and his family awoke early the next morning, they found that the fences had been blown down. Their prize stallion was nowhere to be found. The farmer’s wife was beside herself with despair. The neighbors came and joined in the wife’s grief.

“What terrible misfortune has befallen us!” cried the wife. “Yes, yes, this is most unfortunate,” the neighbors agreed. But the farmer said, “Fortunate or unfortunate, I don’t know, let’s wait and see.”

A week passed and the farmer and his family were sitting at the breakfast table. Looking out the kitchen window they saw a heard of horses galloping toward the farm. It was their faithful stallion, leading five horses and a little filly behind him. He had found a heard of wild mares, and now he was bringing them home. The farmer’s family ran out to open the corral gate for the horses. The farmer’s wife was overjoyed and exclaimed, “What a fortune turn of events, this is unbelievable!” The neighbors rushed over exclaiming, “How fortunate you are!” The farmer just said, “Fortunate or unfortunate, I don’t know, let’s wait and see.”

Over the next weeks the farmer and his son were busy training the new horses. One day the son was thrown by one of the wild horses. He suffered a bad fall and broke many bones. The farmer’s wife was very upset. Between her sobs she said, “We never should have let those horses in; this is a misfortunate accident! My poor son.” The neighbors came to commiserate with the wife about her misfortune. And the farmer said, “Fortunate or unfortunate, I don’t know, let’s wait and see.”

Two days later the king’s soldiers came by the little farm. The king had declared war on an adjacent country and the soldiers had orders to draft all able-bodied young men into the army. On seeing the farmer’s son with both legs and both arms broken, not to mention several ribs fractured and numerous lacerations on his face and head, they left him home and continued on to the next family. The farmer’s wife wept with relief, crying “How lucky we are! This is most fortunate.” The neighbors most of whom had had sons taken off to war, said “You are indeed most fortunate.” The farmer said, “Fortunate or unfortunate, I don’t know, let’s wait and see.”

Some months passed. The farmer’s son was recovering nicely; he was able to walk, albeit with a cane. A messenger from the king’s palace dropped by the farm to inquire about the health of the son. Seeing the son’s improved condition he stated that by order of the king, the son must come at once to the palace to work in the gardens and stables. There was a shortage of workers at the palace due to the war. What could the family do but let their son go? The wife was bitterly angry and cursed the king for his unfairness. “How unfortunate we surely are! We have lost our only son and there will be no one to help us with the farm now.” The neighbors came by to console the wife, murmuring, “What an unfortunate turn of events.” The farmer just said, “Fortunate or unfortunate, I don’t know, let’s wait and see.”

The king had a beautiful daughter . One day she looked out of her window and saw the handsome new gardener. She fell in love with him and went to her father and said, “Father I have found the man I wish to marry. Please make it happen!”
The king, unable to resist a request from his lovely daughter replied, “Of course, it shall be done.”

The next day a messenger was sent from the palace to the farm, bearing a wedding invitation for the farmer and his wife, as well as an invitation for them to come live permanently at the palace. Can you imagine the reaction of the farmer’s wife? She was ecstatic and could hardly contain her join. Jumping up and down she laughed, “This is incredible, how fortunate!” The neighbors exclaimed “Indeed, this is a very fortunate turn of events!” And the farmer as usual, said … !
Posted by Steve at 3:07 PM