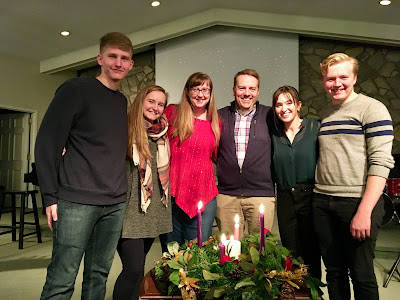 We hope you all have had a wonderful Christmas and we wish you a wonderful new year!  We pray that, in 2018, you sense His presence on the exciting journey He is calling you to.
Peace and Love,
Steve & Alace

STRAW FAMILY PICTURE (left to Right):
Sam (our youngest): Graduated from Rain Forest Int’l School (Yaounde, Cameroon) in ’16, moved to San Diego, student at Mesa College; transferring to San Diego State next year as International Studies major; an official resident of California!
Megan (our middle child):  RFIS ’14 grad; then 2 years at Nyack; now on her second “gap” year in Chicago enjoying life as a Starbucks barista and nannying and very involved at her local church.
Alace:  member care coordinator for Missionary Air Group (who the Gabon aviation program merged with), based in Burlington, NC (oversight care for 12 staff units & H.R. duties); also serving on staff with JAARS for their Inter-Cultural Communications Course.
Steve:  Chief Pilot & Interim CEO for Missionary Air Group; it’s been a challenging year- taking on new roles that were a bit unexpected; praising the Lord for an opportunity to serve.  MAG has bases in Central America and, now, in Gabon!  Please pray for our main needs in recruitment and another pilot/mechanic to serve with the Peterson’s in Gabon.  We are consulting with three Alliance efforts (two in Africa; one in Central America) about collaborate ministry using aviation.  Please pray with us for discernment and effective use of Kingdom resources for the Gospel.
Laura: our newest edition!  Married to Joe this past September in Chicago; Moody Bible Institute Grad ’17; Intercultural studies/Linguistic minor; works at Moody in the admissions department and some nannying jobs.
Joe;(our oldest child) RFIS Grad ’13; Moody Bible Institute Grad ’17; enjoying the honeymoon!; working at Moody in I.T.; he and Laura will get grounded in their marriage and life in Chicago for a bit and see missions in their future.
Posted by Steve at 11:51 PM No comments: 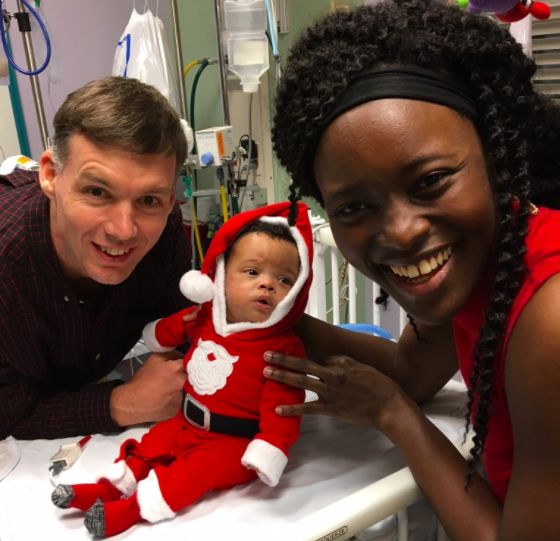 Many of you have been faithfully praying for baby Isaac, son of Rob and Bintou Peterson.  Rob is our Gabon pilot/mechanic, and Bintou is a doctor in the ophthalmology residency program at the Bongolo Hospital.  They were in the US to work on citizenship for Bintou when they found out they were pregnant.  They decided to stay for the pregnancy and, had they not, it is almost certain that baby Isaac, who decided to make his appearance at week 26, would not have lived.

Baby Isaac has spent everyday since his birth in a hospital room, on a roller coaster ride, with his esophagus being the area where development was struggling to happen.  The doctors were certain that he would have to have a tracheostomy, but Rob and Bintou asked if they could hold off just a couple more weeks.  In these past two weeks, miraculous healing has occurred!!!  PRAISE GOD!!!