I share the following story with you about R.G. LeTourneau- a man who seemed to be very willing to take audacious steps of faith.  I attended the university that he founded in Longview, TX and it was a turning point in my life.  Later, while doing my best to live an audaciously faithful life, I found myself intersecting R.G.'s path once more- this time in Central Africa.

A hydro-electric plant, powered by the rushing waters of the Louetsi river in Gabon, served a remote missionary base and hospital called "Bongolo".  In the 1940's, R.G. heard about the needs from a traveling missionary in the US and vowed to provide all the material needed to get this power plant up and running.  Alace and I passed by this plant for the first of many times in 2005, and heard the story.  So now, I share with you a bit more about this great man.  Enjoy! 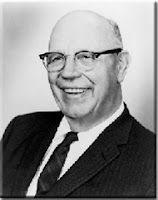 Robert G. LeTourneau was born on November 30, 1888, to godly parents. From infancy he heard the Gospel. For a time, he rejected the message, but through the faithful prayers of his parents he was, at the age of sixteen, won to Christ. At 30 he dedicated his life to be God's businessman. He recognized the danger of that dedication being dimmed by his love for his machines, but by the grace of God that commitment extended over a period of fifty years.
He designed and built machines beyond the imagination of ordinary men. He introduced into the earthmoving and material handling industry the rubber tire, which today is almost universally accepted. He invented and developed the Electric Wheel. He pioneered the welding of various metals. His huge mobile offshore drilling platforms are supporting the machines that drill for the rich petroleum reserves under the seas around the world.
He demonstrated his concern for the Gospel witness by establishing regular chapel services and by employing three full-time Chaplains in his manufacturing plants. The monthly publication NOW begun by him reached 600,000 persons during his lifetime and circled the world with its message. He s traveled the world as a witnessing Christian businessman.
______________________________________________ 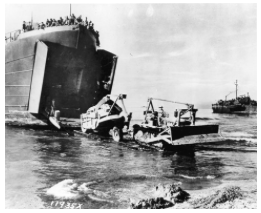 Many books about his life have published, including his best-selling autobiography, Mover of Men and Mountains (Zondervan), which is still in print, thirty years after his death. This book has been translated from English into several foreign languages. Who can tell how many have come to faith in Christ through his missionary ministry in Liberia, West Africa and Peru, South America? The outreach for God through aid to individuals and organizations by the LeTourneau Foundation has been worldwide.
LeTourneau University which he, together with his wife, founded may well prove to be one of his greatest accomplishments as his influence is multiplied and spread throughout the world by dedicated Christian young people who have studied at the college.
________________________________________ 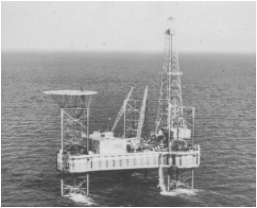 R.G., or Pop as he was fondly called here on campus, had 299 inventions to his name! These included the bulldozer, scrapers of all sorts, dredgers, portable cranes, dump wagons, bridge spans, logging equipment, mobile sea platforms for oil exploration, the electric wheel and many others.
________________________________________
.
His life's verse was Matthew 6:33: "Seek ye first the kingdom of God and His righteousness and all these things shall be added unto you."

You may be interested to stop by LeTourneau University to visit R.G.'s museum there.  CLICK HERE to learn more.
Posted by Steve at 1:31 AM 4 comments: