My Sweet Wife... the Writer!

Here is a sampling and link to Alace's (my wife) blog.  She loves comments!  Enjoy her gifted
way of expressing life events with elegance.

I've lived in many places: lots of American places, an English place, a French
Alps place, a Gabon sea-side place and now a rain forest place.  We live in a
large house with 7 bedrooms, a study room and craft room, 6 bathrooms,
several screened terraces, a large living/dining room with golden wooded
ceilings and a kitchen, bright with light and views to the house next door
and forest beyond.  This house is shared by 14 souls (that's pilot talk for
people).  14 people from far flung places converging for this year in this
place.  Some of us were little more than strangers when we moved in just over
8 weeks ago.

God has nestled us here in a rainforest filled with wild night sounds.  A chorus
of singing crickets and deep-throated croaking toads and hyraxes screaming
like banshees slip in through open windows.  Hyraxes are often mistaken for
rodents but are actually more closely related to elephants.  It's like something
out of a Dr. Seuss book.  They scream all through the night with an eerie cry
that sounds sometimes like a child and sometimes like... (CLICK HERE to
read more)

My friend, Stephen Julian, sent me a great email and I asked him if I could pass it on to my friends.  He was happy to agree.  If you like this, you'll want to check out more at www.julianconsulting.org.

Life's Journey:
Becoming a mature version of yourself!

Core Principle
Principle: You are not going to change who you are fundamentally.

This principle is one I've staked my entire business on; it is also one that invites a great deal of pushback.

I'm not saying that people cannot change, grow, and mature over time. Obviously they should and most do.

I do believe that...

One of my favorite things about our work with the Bongolo Hospital is that they believe in equipping others to join in the work!  I think it's a great part of any international effort- empower local people.

One way they do that at Bongolo is through a nursing school- a 3 year program that graduates some of the most sought after nurses in the central African region!  Recently, the students took time for a spiritual retreat.  Here are some details from one of the nursing school teachers, Carolyn:

Expediting Health and Hope is one of our tag lines for what we do with the tool of aviation, here in remote parts of central Africa.  This work is possible, at times, thanks to logging and mining companies who have constructed airstrips that are dotted around the region as well as about a dozen airstrips maintained by the state. 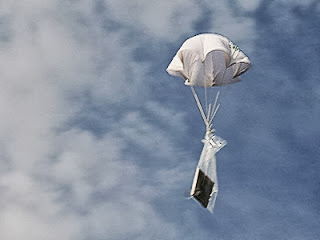 However, what do we do when there are needs, but no where to land our aircraft?  Answer- mini parachutes!

Small parachutes attached to pouches are already being used in parts of the world for relief and other expressions of God's love.

So, I'm doing a bit of research and I ran across the story of George Fisk.  Come to find out, George was a pioneer in using the tool of aviation to bring health and hope to a part of the world that was known for cannibalism and head hunting!  Not only that, but his work was sponsored by the same organization that sponsors our work in Gabon, about 9 decades later!

His story is pretty amazing.  Here it is thanks to the archive department of the Christian and Missionary Alliance:

By the C&MA Archives
In 1913, the county fair in Binghampton, N.Y., featured the “wild men of Borneo.” Witnessing the exhibit, eight-year-old George Elba Fisk felt called to be a missionary among the exotic Dyaks. Sixteen years later, George and his wife, Anna, sailed for the island, then called Netherlands East Indies. Upon reaching Borneo, they discovered there were great natural barriers blocking them from reaching the animistic people of the interior. With baby daughter on board, the young couple spent months paddling up treacherous rapids in a small dugout canoe before reaching their destination.

Flights in Gabon continue to make an impact! 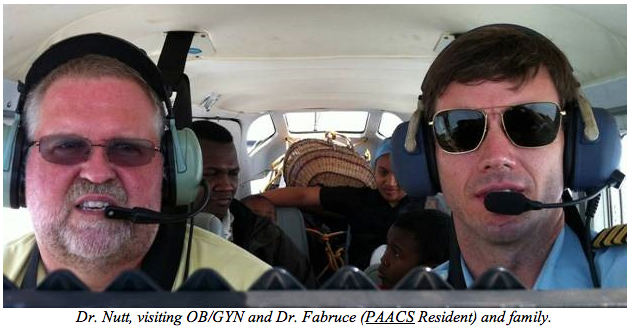 Our pilot's wife, Bintou, speaks to the hard work that Rob has been doing in Gabon:

Rob is working hard in the aviation program. Before marrying Rob, I did not have much understanding of what is involved in maintaining an aviation program. But now I am learning it is a difficult project, especially when you are the only pilot! God is sustaining him and he has made a lot of encouraging progress.
Read more »
Posted by Steve at 11:16 PM No comments: 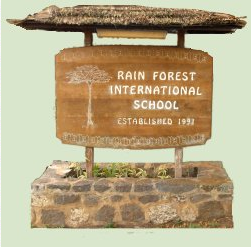 country to the south, Gabon.  When we first came to Africa, we had made a deal with God that there would be no way we'd send Joe, Meg, or Sam away to a boarding school.  Well, after two years of home schooling in Gabon and becoming good friends with a family with kids at RFIS, it became clear that, for their best, this would be the next step.

What does this say about "making deals with God"?  Hmmm.... it seems that, graciously, the Lord worked with the faith that we had in trusting him for the first step in living and working in Africa.  When the time came to take a bigger step of faith, the Lord graciously, again, took us through that most difficult step.

Our Firstborn off to College!

"It's a Moody Thing"

At the beginning of 2013, while Joe was entering his last half year of high school, he got the great news that he had been accepted at his first choice for post-secondary eduction- Moody Bible Institute- Chicago campus.

We were so thankful for the generosity of family & friends who helped Joe start his college career with a new Apple Macbook as well as some pocket money to get him off to a great start at Moody.  Our Gabonese friends surprised us by giving $400 to Joe!  Thank you to all who gave!