This Past Week's Flights 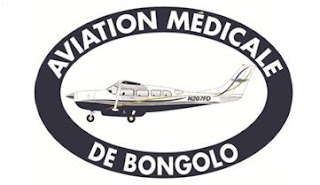 FRIDAY:  2 patients and 2 chaperones shuttled to the Bongolo Hospital!  It was a bit surprising, but the passengers covered the operational costs of it all!  It was a bit last minute, but, as we get our air evacuation op's up and going, we’ll see more and more last minute flights and need to be prepared. 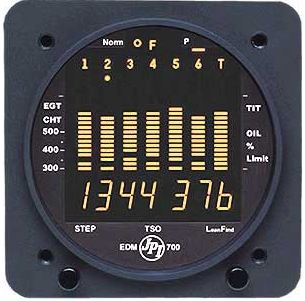 Every half hour I document readings of oil pressure & temp, fuel flow, cylinder head temp, exhaust gas temp, etc.  This is thanks, mainly, to a great little engine monitor called a JPI EDM-700 (see picture).  We’ve been seeing really uniform readings.  We’ve got a great machine.
I’ve rotated in some fuel that was purchased previously with recently purchased fuel. Filtering is done with every single drop that goes in the tank.  I’m really watching the fuel quality/handling issues.
So, the blending of fuel is all done in the right wing tank of the aircraft in keeping with standard op’s from many mission aviation org's.  In this way, for critical times of flight (takeoff/landing) the left tank is used.  During cruise, the right tank is burned.  Also- never less than 10 gallons in any tank at any given time- over twice what Cessna calls “unusable”. This is in keeping with MSI’s prescription.  In all, it’s working great. 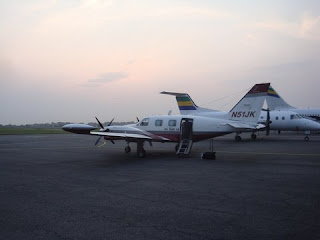 I was in Nigeria on Monday and Tuesday helping my German friend, Egmont, and his agricultural company that had their 2nd aircraft stuck there.  So, he flew us up there in their cool twin turbo prop (a Piper Cheyenne), we stayed the night, and then the next day I flew their smaller twin engine aircraft (Beechcraft Baron) back to Gabon (over the Atlantic for some of that).
That's the update for now!  I'll be posting all of January's stats in my newsletter (sign up your email on the right to receive it).
Posted by Steve at 11:14 AM No comments:

So, thanks to the hard work of the guys at the Lebamba airstrip (Bongolo Hospital airstrip), our airplane can get to the hangar!  A nice, new, larger culvert will now help in solving the erosion problem we were having across the runway.  A special thanks to Dr. Thompson for directing this project!

African Skies (subtitle: The Wait is Over)

A note from Dr. Wendy Hofman:

"During this flight to Bongolo, AMB transported two pieces of equipment that are very important to the functioning of the eye clinic.  One of the pieces is an indirect ophthalmoscope which had just been repaired in the US and allows the doctor to examine the retina inside the eye to help diagnose and treat diseases that manifest there.  The other piece of equipment, which was also just repaired in the US, is an autorefractor and autokeratometer, which allows us to calculate the power of the lens implant that is placed inside the eye during surgery after the cataract is removed.  Without this piece of equipment, we do not operate on cataracts at all, because the right lens implant is essential to achieving good postoperative vision.  Since we now have this apparatus, we will restart surgeries this week." 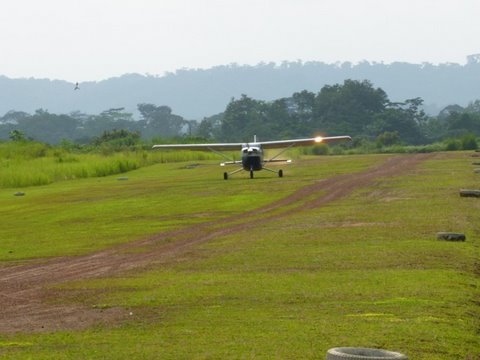 A lot has been happening with the airplane- its' arrival in Libreville and the race to get all the permits and start to fly.  While all that has been happening, work on the Lebamba airstrip at the Bongolo Hospital has been happening.  Last year, the government inspector said that he wanted to see some work to curtail the erosion that was happening on the strip.


By the end of the week, after 3 visits to the airplane and many, many documents handed in, civil aviation was still asking for more.  They had given me the impression that everything was fine on Friday morning, so, in the afternoon, I came to their offices around 3pm and literally stood for 2 hours in front of the receptionists desk, waiting for my document that gives me authorization to fly in Gabon for the next 3 to 6 months.

Finally, one of the inspectors emerged from his office and called me back.  He told be he still was not happy because our aircraft still had the same engine on it as it did when we had our forced landing in 2010.  I explained to him that the loss of power that led to that event was not a problem that originated in the engine, rather, it was the fuel system.  I reminded him that the engine has powered our aircraft through the "return to service" flights in the US as well as the 46 hours of flight that brought it from the US, over the Atlantic Ocean, to Gabon.

So, he asked that I create a document outlining these things, and bring it by on Saturday- he assured that he would be working.  So, frustrated, I returned home to try and enjoy my last evening with Alace and the kids before they set off to Cameroon to get back to the spring semester of school.  Saturday afternoon, I dropped off the document they wanted.  They assured me that my flight authorization is all written up and ready to go.  I told them that I will need this as soon as their office opens on Monday because our first flight to Bongolo Hospital is set for that morning.

Please pray with me that this document will, indeed, be ready and that our 10am departure from Libreville to Bongolo can happen.

At about 8:20pm local time (2:20pm EST), N207FD made a flawless landing on runway 1-6 at the Libreville International Airport (GABON).  After the tower controller realized that he sent John, our ferry pilot, taxiing the wrong way, the aircraft turned around and found a welcoming party of about 20 people, excited to see him and the aircraft.  Here are some images from that great occasion: