Here are the final pictures from ROSE Aviation in Arkansas. They have done an outstanding job! 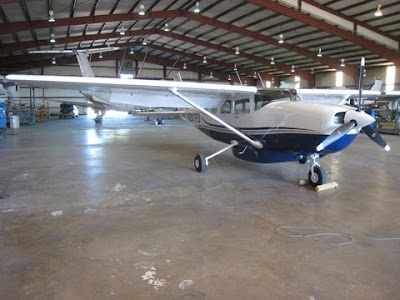 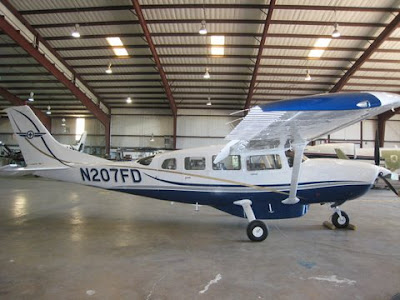 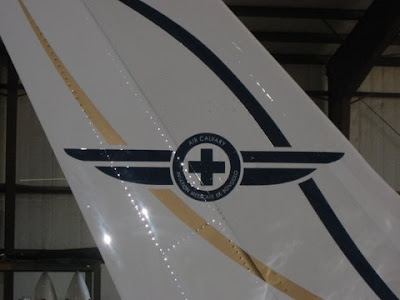 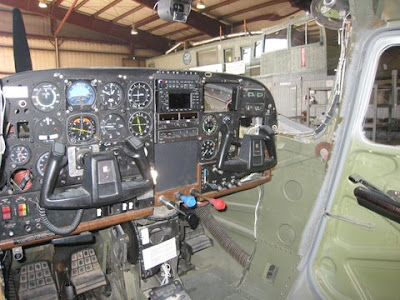 Have I mentioned that we LOVE care packages? Here is an example of such... 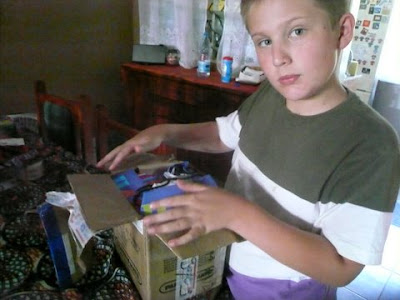 Each of our kids has a sponsor church. Here is a package we received from Sam's sponsor church (and my childhood church) State College C&MA (PA), put together by the Alliance Women there. The occasion was Sam's birthday. 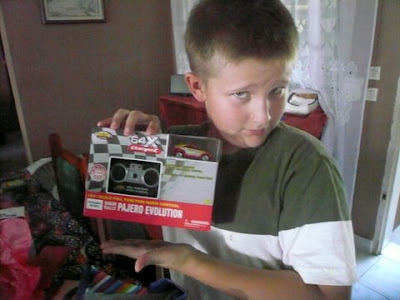 Sam got a sweet remote control car. He went about getting the batteries and right to terrorizing our cat, Fougamou. 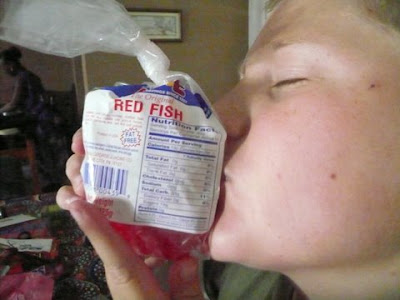 Also... some excellent treats that we can't find around these parts. They are precious to us, as you can see. 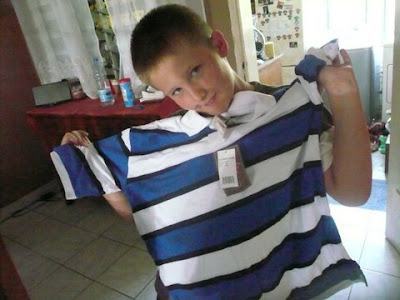 Sam also scored some sweet threads. He received a total of 3 shirts in this particular package... guess what he wore the next 3 days? 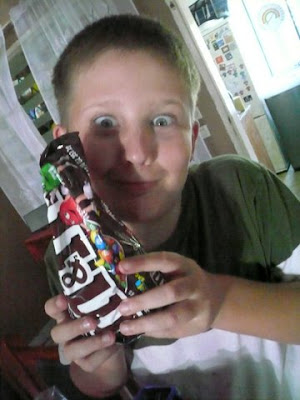 Did I mention that we really like these packages and the treats inside? We get a little "worked up". Even the thought of a "sugar high" sends Sam into a small conniption (yes, that's how you spell it... I looked it up).
Posted by Steve at 12:15 AM No comments:

YOU ARE NEVER GONNA BELIEVE THIS...

Subtitled: It's a small world

About a month ago, I got an email from someone telling me that a friend of theirs was coming to Libreville to fly for a regional airline. I got in touch with this guy, Chad, and we started to email. Turns out his parents were international workers in Irian Jaya (now called West Paupau, Indonesia) a while back. Times are tough for pilots in the states, and, after doing an internet search, he found the job here, in Gabon.

So, we got his email that he was in town and that he had a cell phone number. As we were leaving for dinner over at Tim and Meredith's, we decided to give him a call. Turns out that he was less than a mile away at a grocery store. We went there, picked him up, and had a great night getting to know him over dinner. Small world, huh?

While chatting at dinner, Chad told me that he was doing some training flights in a Saab 340 turbo prop (Yep! Saab makes airplanes too!) and all 33 seats would be empty. Of course, I asked it he thought I could take a ride! He said that it wouldn't hurt to ask. So, this morning, I conveniently found myself at the airport in my pilot get-up and, after getting permission, I found myself on board the airplane, sitting in the "jump seat" up front!

And now... for the part the YOU ARE NOT GOING TO BELIEVE!!!

So, I got to chatting a little with Chad's training pilot, Dave. Dave asked a little about what I was doing here, so I gave him a brief overview and then told him about the airplane we were bringing over. When I mentioned that our airplane was coming from Alaska, he said "oh yeah? I used to do some bush flying up there." Then I told him our airplane used to be operated by "Smythe Air" (I pronounced it "smith"), to which he said with a smile, "It's not 'Smith', it's 'Smythe' (pronounced with a "eye" sound) and I used to fly for them... (pause)... I've flown your airplane!" WHA? WHOA!!! WOW! You gotta be kidding me!

I had printed out some photos to show people the progression of the aircraft refurbishment (see the old photos at picasaweb.google.com/gabon.pilot) and one of them was the aicraft parked on a ramp in Alaska. I pulled it out and he goes- "there it is!"

So... when people say "It's a small world"... you really can't argue with them. Just think of the number of things that must have aligned just right for me to meet up with this guy, Dave. Incredible. While you ponder these things, and work at closing your jaw that has dropped onto your chest, check out these photos: 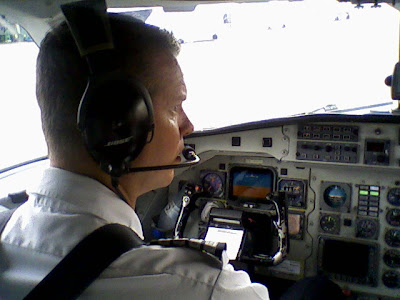 Here's Chad at the controls on the ground in Libreville. 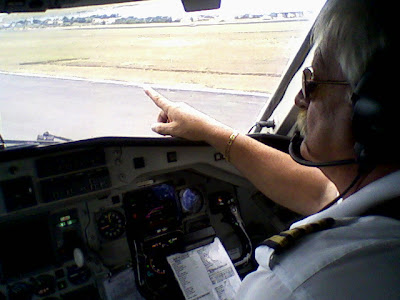 Here's his seasoned verteran pilot, Dave, who has flown N207FD back in the day. 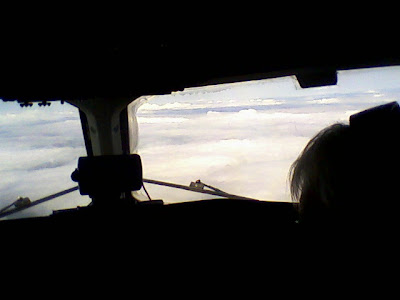 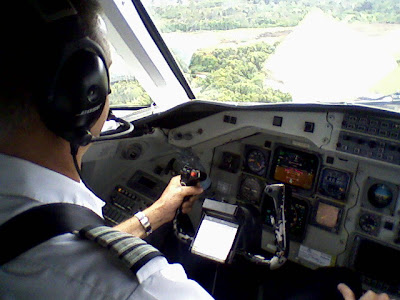 And, here is Chad doing a flawless "ILS" approach to land at Port Gentil. 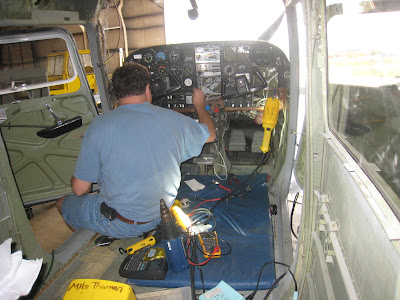 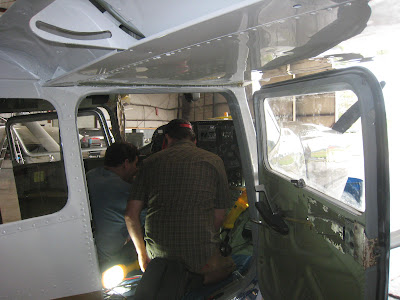 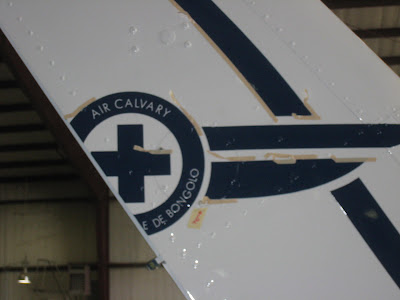 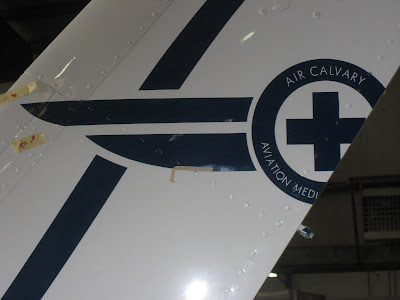 We have recently been interviewed via SKYPE and email regarding the Aviation Medical de Bongolo effort. Here is a link to the most recent article to come out in the student newspaper on the main campus of Penn State.

We are so thankful that the Collegian wrote this article. GO PSU!!!
Posted by Steve at 4:50 PM No comments:

The Hottest Looking Airplane on the Planet! 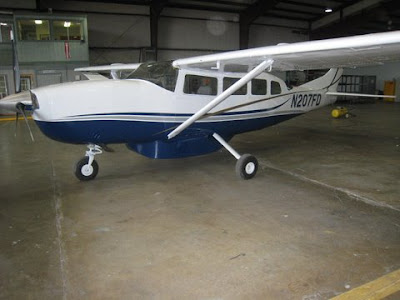 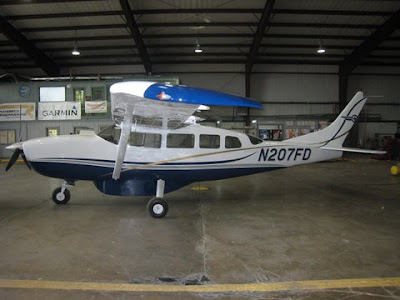 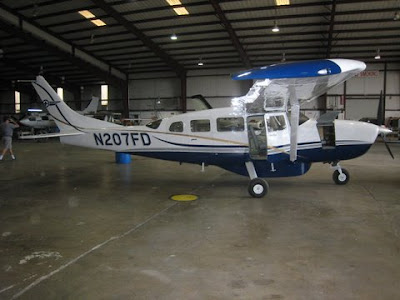 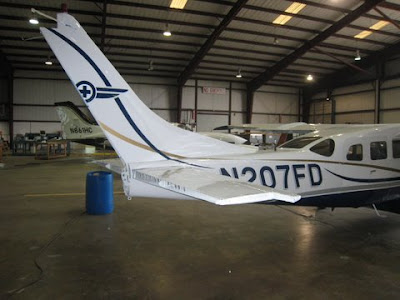 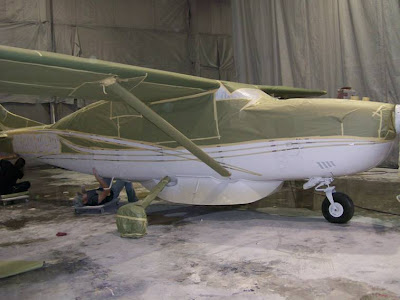 This will be the best looking Cessna 207 on the planet! 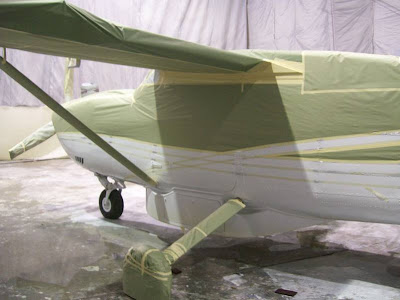 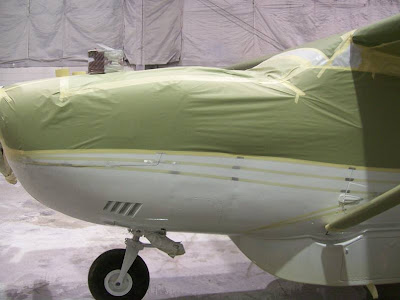 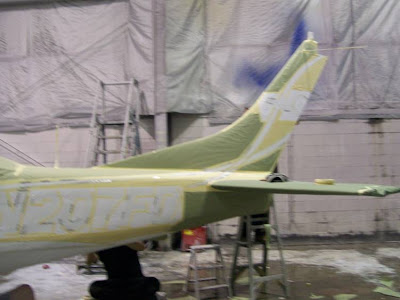 Tail number will be N207FD. On the tail, you can see our logo "Aviation Medicale de Bongolo". It will be complete when the rudder surface is added.
Posted by Steve at 8:44 PM No comments: